Baker's furniture is famous abroad, but most people in the country are unfamiliar with it. It is the furniture brand designated by the White House of the United States. It is hailed as "the king of luxury furniture." It is not only an ordinary piece of furniture, but also a historical and cultural enrichment. Today, with the Omido Xiao Bian together enjoy the characteristics and charm of Baker furniture luxury furniture king . 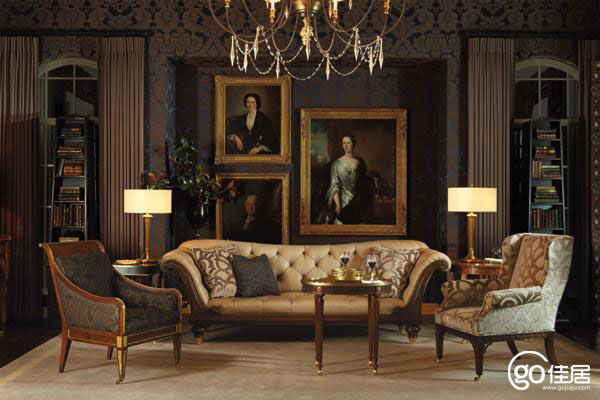 Baker Furniture was founded in 1890 by the Dutch immigrant craftsman Siebe Baker. He brought European local craftsmanship and traditions to the oceans of the Americas that just opened a new page in history. It is said that Baker was just a simple cabinet shop, and now it has become the top furniture brand known as the "king of luxury furniture." Behind the classic luxury furniture brands in the world, there is always a long history behind it. It has close links with the royal family, political circles, and celebrity stars. Their brand culture must have the same front, which is the pursuit of quality and ultimate. The same is true of Baker. It will not chase the tide of the moment, but it will be the founder of the artistic classics and the leader of the ultimate taste.

Baker insists on traditional hand-polished, and cooperates with famous designers, including both Art Deco's fashion retro and exotic oriental elements, from the intricate engraving of classical lines to the modern style with elegant and simple lines. It is all available, and because of its breadth, Baker can more easily integrate into everyday life in different civilizations.

The relentless pursuit of quality and craftsmanship laid the foundation for Baker's success. 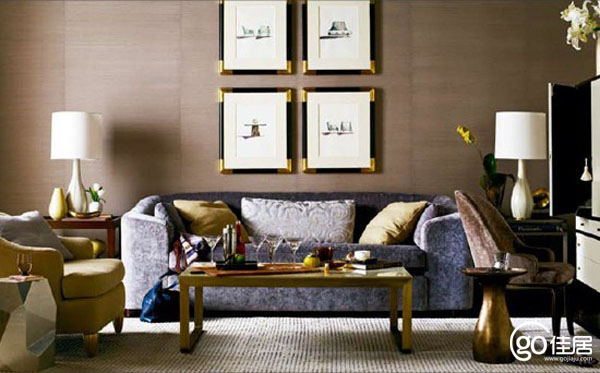 One hundred years of Baker furniture:

In 1920, Baker entered the authentic reproduction market that had not been involved at that time and became a popular creator of the 1920s.

In 1930, the "Manor House", the first authentic reproduction project in the United States, was introduced to create the high quality and retro style of this collection.

In 1940, the mysterious and quaint Eastern style became an important design style of Baker during this period.

In the 1960s and 1970s, Baker Furniture successfully created the French country style Normandy series, and the very special authentic reproduction series Woburn Abbey was formed during this time.

From 1980 to 1990, the state-of-the-art reproduction series Stately Homes began to be introduced. Throughout the 1980s, the aristocratic style of luxury became Baker's highly anticipated design style during this period. In the late 1990s, Baker absorbed a group of new designers, including Barbara Barry - the world's top 100 design masters. Her simple and modern design suddenly became Baker's most popular product line at that time.

After 2000, Baker already has a complete style system and maturely manages different styles of furniture series, which is highly recommended by the upper class.

From the intricate carvings, the intricate classical style, to the modern style with elegant lines, Baker inherits the traditional arts and crafts attention to detail. It combines the appearance of classical aesthetics with practical functions. Among various Baker series, The "Stately Homes Castle Series" is the most impressive. As Baker's top product, the series was designed by British Baron Humphry Wakefield as a design consultant, accurately reproduced the furniture treasures of the most famous castles in Europeâ€™s history, and continued the classic masterpieces of noble glory in the past. The process recreates the greatest original design of the Golden Age of furniture, bringing unparalleled aesthetic enjoyment and fun to collectors of contemporary taste.

The birth and development of Baker is full of boldness and perseverance. It is a dream legend of taste and life. Siebe Baker, the founder of the brand, left the homeland of the Netherlands to travel to the United States with a fervent zeal and a vision of the future. Only relying on ancestral carpentry skills and a keen sense of wood, Siebe Baker started from scratch in a completely unfamiliar country. In 1890, he started a furniture production company and began to accumulate from the customization of doors and windows. He survived the most difficult three years. In 1893, Siebe Baker tried to design his own furniture. The first golden oak combination bookcase that had been engrossed in the blood was actually a hit. It was no doubt a further step away from his ambitious goal. The legend of Baker was shining at this time.

The relentless pursuit of quality and craftsmanship laid the foundation for Baker's success. Hollis Baker took over his father's whole life, and promoted the overall furniture taste with a unique eye, insisted on traditional hand-polished, and for the first time cooperated with famous designers to create a popular masterpiece handed down. Among them, there is Art Deco's fashion retro, and there are many exotic oriental elements. The combination of elegant classics and modern trends has been visible at the beginning of the brand development. As the creators of antique furniture reproduction, Baker revives the world's aristocratic style. The colorful and magnificent tops have been found only in the castles of the castle. Baker has become the creator of contemporary classics with a unique noble taste. .

In 1941, the Baker Research Museum opened in Grand Rapids, USA, bringing together many classic works. The ultimate expression of "appreciation" and "handicrafts" burst out with dazzling artistic charm. Baker is no longer simply using convenient products and appliances. The top hardwoods are extremely difficult to obtain under the sculpting of superb craftsmanship. Each line is as if it is moving with gorgeous notes. It has a fascinating brilliance that fits the current situation. It belongs to the infinite past and future.

The cultural history of the king of Baker furniture luxury furniture is impressive. For more information on furniture, please pay attention to the GO Home Information Channel.