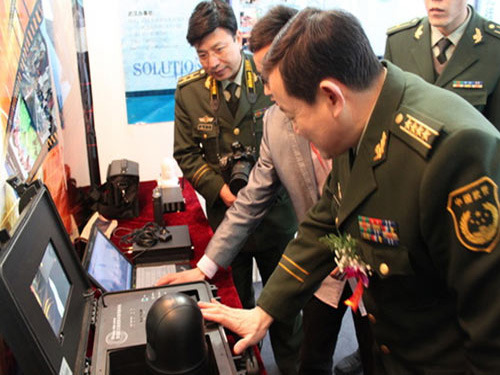 In view of the recent occurrence of bus arson in a few places, the Ministry of Public Security held an emergency video conference for public security agencies nationwide on the afternoon of July 16 to deploy and further strengthen the safety and security of subway transit. Huang Ming, vice minister of the Ministry of Public Security, requested that all local public security agencies should earnestly implement the spirit of the important directives of the leaders of the central leadership, put the safety and security work of the subway bus to a more prominent position, and work together with the transportation and other departments to effectively strengthen the safety precautions of the subway bus and strictly implement the security work. Responsibilities, conduct in-depth inspections and management of hidden safety hazards, extensively mobilize masses for prevention and prevention, severely crack down on serious violent crimes in subways, and ensure the safety of people's lives and property. For the implementation of crimes in the implementation of serious violent crimes and the carrying of explosives and other dangerous goods in subway transit, we must take decisive measures, resolutely crack down, severely punish according to law, and never be weak.

Targeting subways, buses, etc., violent violence and extreme violent crimes such as personal extremes are carried out, which seriously endanger public safety. The Ministry of Public Security requires that local public security agencies must adopt a most resolute attitude and the most powerful measures to quickly form a strict strike, prevent and strictly control the situation. To comprehensively increase the level of prevention and control, adhere to key prevention and control, overall prevention and control, scientifically adjust the deployment of policing, strengthen armed patrols, send dresses or plainclothes ** on a train-by-vehicle basis, and conduct ** fixed-point security checks and special police patrols at key stations. The "four-in-one" prevention and control model of control and ** patrolling the mouth and bringing dogs into the station formed a powerful shock. It is necessary to further strengthen the management and control of key items and key personnel, strictly control the security management of the purchase and sales channels of various dangerous goods, and strictly supervise the implementation of management systems such as voucher purchase, real name registration, collection and inspection, and suspicious situation reports, and resolutely block dangerous goods and dangerous persons. Outside the station. We must do our best to prepare for the sudden response of the emergency department. We must improve the contingency plan in response to all kinds of emergencies that may occur, coordinate the special police, fire fighting, and police forces, and compile sudden and sudden forces against the fixed emergency department. We must adhere to the Tuen Mun frontline and move. In order to ensure rapid response and efficient disposal in case of emergencies

The Ministry of Public Security requires that public security organs at all levels, under the unified leadership of the party committee and government, shall, in conjunction with the transportation department, urge the subway public transport operators to further strengthen security inspection measures and implement security responsibilities. It is necessary to actively request the party committee and government to increase investment in the provision of security personnel on every subway train and every bus, equipped with necessary protection and riot protection facilities and equipment, promote the installation of new security technologies and new products, organize training exercises, and improve identification. Prohibited articles, suspicious cases of discovery reports, organization of emergency escape skills, and other basic skills. We must conscientiously implement a strict security inspection system and strengthen inspection and control measures for prohibited items. The goods on board must be inspected safely, and the urban ground transportation must be strengthened. We must conduct in-depth special inspections on the safety and security of subway buses, comprehensively investigate and rectify the hidden safety hazards, and urge the supervision and rectification within a time limit for unsafeguarded security systems, incomplete facilities, unimplemented measures, and inadequate safeguards; Ordered to stop the suspension of use; to highlight public security issues and security violations, we must organize the implementation of centralized rectification actions.

The Ministry of Public Security stressed that all localities must regard the safety and security of subway buses as an important part of counter-terrorism work, and effectively strengthen organizational leadership and coordination. Under the leadership of party committees and governments, it is necessary to fully implement the responsibility for the management of the safety of metropolitan public transportation, the responsibility of industry supervision, and the main responsibility of security of the operating units. It is necessary to actively organize and mobilize the people to carry out mass prevention and group management, give full play to the role of red armbands, assist ** to perform duties, maintain order at the station, encourage the masses to promptly report suspicious clues, and vigorously commend the people for their courageous behavior, provide important clues and effectively stop crimes. Give rewards.

It is a kind of Mo containing additive, has the performance of friction improving, antiwear, extreme pressure and antioxidation. It is widely used in ICE oil, industrial oil, grease, etc.

Recommended dose-added lubricant: 0.2-1.0%  grease: 1.0-3.0%  The liquid appearance is a brown green liquid, which is soluble in mineral oil and synthetic oil, and is insoluble in water.