Metal Processing Online News On April 8, Zhongwang Software released Zhongwang CAD+ SP2, the second enhanced version of CAD+. As an old user of Zhongwang CAD+, I first tested this version for about one week. The result is exciting: users who use CAD+ or CAD+ SP1 do not need to uninstall the original program, they can upgrade directly using the patch package. Go to the SP2 version. The main improvement of this version is that the software running performance with raster image files has been greatly improved, and the filling function has been continuously improved. This version is smoother and more stable. Let's share some of my experiences one by one:

In the survey and design industry, drawings with raster images are used in many applications, such as CAD drawings with satellite photos and topographic maps. Of course, in the manufacturing field, in order to clearly express the product, sometimes some small pictures are attached to the drawings.

In addition, when we perform view panning and zooming operations, we are accustomed to using the mouse wheel to change the view effect. The more raster images, the more content the drawing displays, and the more memory the software uses. Therefore, when a certain capacity is reached, the view shift and zoom will not be smooth or even pause due to the memory usage being too large. 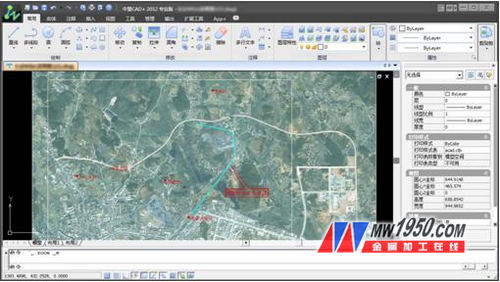 "Filling" is a feature that most users will use in their designs. Zhongwang CAD+ SP2 functionally complements the details of the fill, the most important of which is the re-editing of the fill boundaries. In the previous version, double-clicking on the filled pattern, in the pop-up fill function dialog box, the contents of the boundary selection part are all grayed out, that is, in an unavailable state. This has a great impact on changing the fill range of the original fill. The engineer has to delete the original fill pattern and refill it. If the fill boundaries are complex and complex, refilling after deletion is also a daunting task.

Zhongwang CAD+SP2 adds the function of padding editing, which can handle this problem conveniently. In addition, it adds practical features such as padding origin, dynamic preview, and creating independent fills. It can be said that after this improvement, the filling function of Zhongwang CAD+ has been completed. More importantly, some special graphics fill issues have also been resolved in this release. I have some drawings on hand, and some of them have a normal fill state that was not displayed in the previous version, only in a solid filled state. In the SP2 version, these fills are displayed normally. This also reflects from another aspect that Zhongwang CAD+ has indeed improved a lot in the filling function. 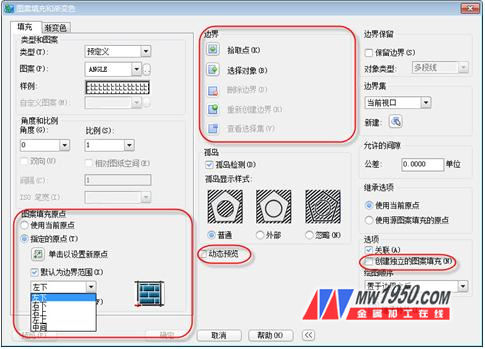 Zhongwang CAD+SP2 also adds a lot of user-friendly functions in terms of user settings. For example, in terms of display, it increases the choice of whether to display OLE, raster image, fill in view shift and zoom. As I mentioned earlier, the more complex the graphics display, the more computer memory will be used. When a certain amount is reached, the software will run slowly. Therefore, after the OLE, raster image and padding are not displayed in the view pan and zoom, the memory load can be reduced, which helps to improve the running speed of the software. It is recommended that other engineers choose not to display these complex graphical objects. One thing to note is that the padding here doesn't show any effect on normal padding, but only on gradient padding.

On the other hand, the user can set whether some of the prompt boxes of the CAD+ are popped up, as shown in the following figure, the most important of which is the information prompt of â€œmissing SHX fileâ€. In previous versions, this prompt was turned on by default, but the user could choose to turn it off, but when it needs to be turned back on, it will not be able to find the corresponding settings from the software. This can lead to problems such as the inability to choose to replace fonts, the inability to know which fonts are missing, and so on. This is not the case in SP2. Both of these settings are in the "Options" feature of CAD+. It's also worth mentioning that users of custom settings can use the "Migrate Custom Settings" feature if they need to copy their own custom settings to multiple computers, or if you need to re-install the software to retain the previous customizations. The defined settings are saved or transferred.

When the CAD software used suddenly crashed and exited, what our engineers hoped most was that the design drawings could be saved. The graphics repair management function in Zhongwang CAD+SP2 is somewhat similar to the â€œautomatic recoveryâ€ of OFFICE software. When we open the software again, it will automatically pop up the manager, which lists the drawing files at the time of the crash. After the user selects, the graphics can be repaired. Of course, this kind of repair doesn't work every time. The best way is to set the auto-save function so that it doesn't cause serious consequences such as lost drawings in the event of an accident.

Some users may not be familiar with the FLATTEN command, but this feature is very useful for users who use 3D design software to project all 3D graphics onto a flat surface (typically the XY plane). I have encountered some drawings that appear to be floor plans, but the graphic objects are not on the same Z axis, which is very difficult to capture the intersection of graphic objects. With this command, all objects can be converted to a plane of Z=0, and then drawing is much more convenient. Why do some drawings draw graphics on different planes? This may be related to the designer's habits, or the height of the drawing is misplaced.

Zhongwang CAD+ SP2 also added some other functions, such as join, batch modification of attribute values â€‹â€‹(gatte), selection of similar objects (select similar), etc., which are not described one by one. Personally think that this version is more practical for users, the improvement is more high. The professional software that Zhongwang Software has updated according to this version, such as machinery and construction, also has the good characteristics of SP2. It is recommended that users and friends can experience the perfection of it by themselves. I believe that you will soon like this CAD software.